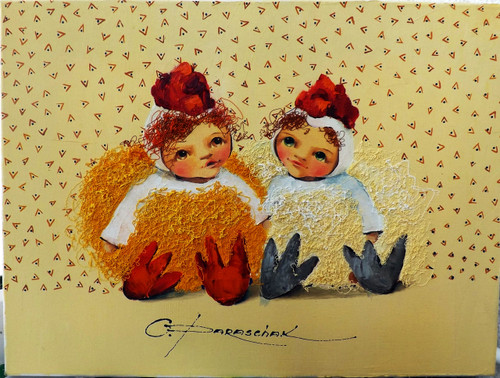 Oksana is using a technique called "Naizm" which consists of creating a relief 3D effect on the painting.

Oksana Paraschak was born on March 26th, 1981 in Chernovograd.
Graduated from Lviv National Academy of Arts, where afterwards she worked as a teacher of painting and artistic ceramics.
She has participated in all-Ukrainian and International exhibitions. Her works are being a part of private collections in Ukraine, Germany, Austria, Great Britain, Poland and United States.